This year’s theme for IWD is ‘Break the Bias’ and Deb Frecklington gave us a motivational speech encouraging everyone to have aims, keep going and not be discouraged by setbacks.

She emphasised the importance of having male champions of change and for men everywhere to encourage and support women in roles of management and leadership.

Reflecting on her own life, Deb spoke of her humble beginnings at a one teacher school to rise to be the leader of a political party. 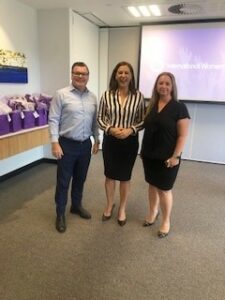 Deb is hopeful that the initiatives in place today will help to advance the progression of women to senior roles, and benefit future generations.

Deb Frecklington lives in Kingaroy in the South Burnett with her husband, Jason, and their three daughters. She obtained a Business degree at the University of Southern Queensland and, together with Jason, co-managed broad acre cropping properties while completing a Bachelor of Law at Queensland University of Technology.

Deb was elected to State Parliament in 2012 as the Member for Nanango and has served four terms. In May 2016 she was elected to the position of Deputy Leader of the LNP and appointed to the role of Shadow Minister for Infrastructure, State Development and Trade and Investment and in December 2017 was honoured to be chosen by her colleagues as Leader of the Opposition.

Along with continuing in her role as Member for Nanango, Deb is the current Shadow Minister for Water and the Construction of Dams Regional Development and Manufacturing. 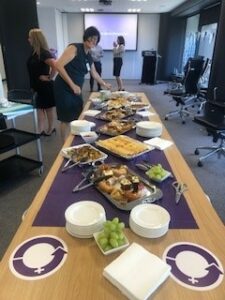 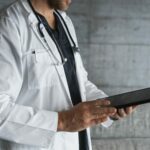 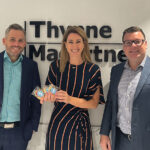 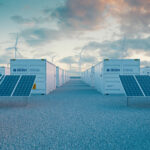 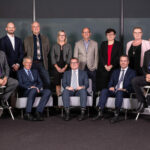