Bill Loughnan, former Chairman and Partner of Thynne + Macartney, has been recognised in the 2021 Queen’s Birthday Honours List and awarded the Medal of the Order of Australia for services to agriculture, and to the law.

A pre-eminent Queensland agribusiness lawyer for more than 40 years, Bill was a champion of rural Queenslanders. His passing in October 2019 continues to be a huge loss to his family, clients, colleagues and the many people he generously helped and mentored throughout his career.

Bill’s legacy in the agricultural sector was immense. For more than 20 years he served as the principal lawyer of the United Graziers Association (UGA) and was the lead lawyer in the amalgamation of the Cattleman’s Union, the Grain Growers Association and the UGA which formed AgForce, giving the Queensland agricultural sector the ability to speak with a united voice. He was instrumental in important policy and legislative developments in the history of Queensland agriculture. He helped numerous landholders navigate the negotiation of compensation agreements with mining and gas companies and the negotiation of Indigenous Land Use Agreements with native title claimants. Bill was involved in the establishment of The Wetlands and Grasslands Foundation in 2000 and was one of its inaugural honorary directors. He was instrumental in publishing “A Legal Guide for Queensland Primary Producers” which is currently in its 4th edition. His generosity, both personally and as a key member of the leadership team at Thynne + Macartney, extended to many philanthropic ventures including the Royal Flying Doctor Service and the Gallipoli Medical Research Fund.

Bill also gave his time generously to those who sought his guidance or advice. His contribution to the legal sector included his role as Senior Counsellor for the Queensland Law Society and as a mentor to the many lawyers who worked with Bill during his career, including Ari and Alex who now lead the Agribusiness practice at Thynne + Macartney with Peter.

In 2019, Thynne + Macartney instigated the Bill Loughnan Award for Outstanding Client Service in memory of Bill. The award is presented annually to the person at Thynne + Macartney who best embodies the firm’s values and commitment to outstanding client service, internally and externally.

As we fondly remember Bill and all his achievements, our thoughts are with Stephanie, his family and friends. 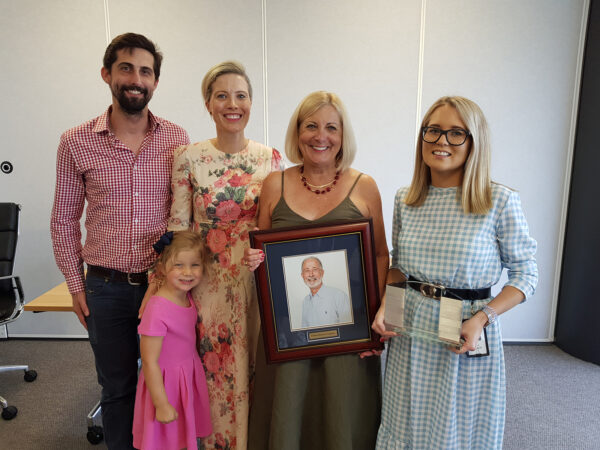