After practising law for almost 40 years, Peter Kenny has decided to retire as a Partner of the firm on 30 September this year.

Peter started his career in the late 1970’s at the well-known Brisbane firm of Cannan and Peterson which had built up a large rural client base over many decades. Peter’s interest in the agricultural sector stemmed largely from his family’s ownership of a grazing property at Winton and his father’s involvement in the management of a prominent Australian pastoral house. Peter recalled that it used to be a standing joke at Cannan and Peterson that if you knew what a turkey’s nest was, you were placed in the firm’s rural group.

Peter was made a Partner of Cannan and Peterson at the age of 31 years and practised there until March 2002 when he and the late Bill Loughnan moved to Thynne + Macartney to start up its Agribusiness division. Over the years, Peter and Bill, and more recently Ari McCamley and Alex Ramsey, have grown the firm’s market share of this sector significantly. 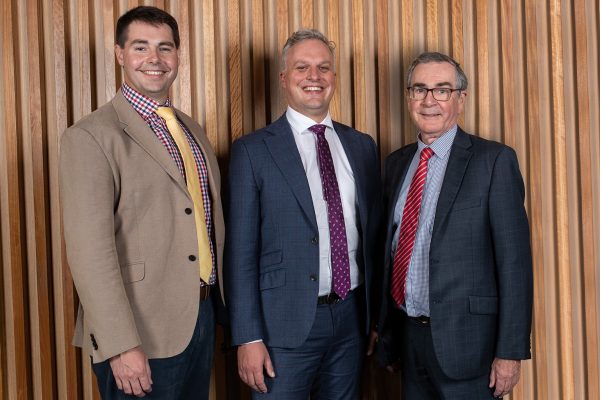 Today it ranks as Queensland’s largest Agribusiness practice and possibly the biggest in Australia.

When asked “why retire now”, Peter responds by saying it’s the perfect time to bow out. He makes the point that the rural property market has hit record highs, commodity prices are booming, interest rates are at historical lows and much of Australia is experiencing favourable seasonal conditions after years of prolonged drought. Peter commented that he hadn’t seen so many positive factors impacting on Australian agriculture at the one time at any stage during his career.

“Peter’s clients take great comfort from a call with him. He quickly discerns the good from the bad, the reasonable from the unreasonable and shares his conclusions with clarity. When the time comes for him to switch off the lights here for the last time, we will miss him,” said Ari McCamley.

Alex Ramsey adds, “Peter has been a trusted adviser and confidant to many rural families for decades, often over generations. He leaves us with a challenge to continue to work for and service those clients with the same degree of conscientiousness and good humour for which he is renowned”.

Pointing to the transitioning of his practice at Thynne + Macartney, Peter expressed the view that his clients are very fortunate to have lawyers of the calibre of those presently in the Group. Led by Ari and Alex, who have worked with Peter and Bill for more than 16 years, the team of nine will continue to service the firm’s clients in rural and regional Queensland, the Northern Territory and the border rivers districts of northern New South Wales as he has done for the last 40 years.

Peter particularly wants to thank his clients and referral sources for their unwavering support over the years and wishes Ari and Alex the best for the future as principals of Thynne + Macartney’s Agribusiness Group. Peter will continue on with the firm until the end of 2021. 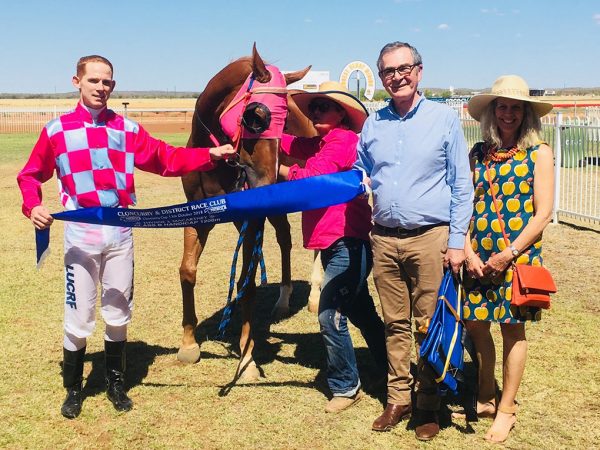 Peter and Louise Kenny at the 2018 Cloncurry Cup